Ensure the Right to Life and Equality for All

Create a virtuous cycle of opportunity and fulfilment for All

Your browser does not support the video tag.

Sonali has always been intrigued by the nature around her. The curiosity in exploring more lead her to pursue her Master's of Science(M.Sc.) in Geology. As a Geologist one of her most challenging work has been on a WHO aided research project. This project involved surveying groundwater catchment areas in villages around Nagpur. She also holds a diploma in Journalism.

Believing in power of educating, she has simultaneously also volunteered as a Contributary Lecturer in Department of Geology ,Nagpur University. Besides this, she has done voluntary coaching for MPSC and UPSC for underprivileged students.

Sonali’s hobbies include painting, gardening, cooking and listening to music. She has donated several of her paintings towards charitable causes. Shantidaan, Missionary-a homeless shelter, Snehasagar Orphanage, Goonj and Healing Hands are just some of the charitable organisations that she has volutered for.

Sankalp has been working towards helping local artisans and manufacturers of handmade products get access to international markets (Germany and UAE) through his family business. Prior to that, founded and ran successfully a technology company for debt management, focussed on the US market.

He did an interdisciplinary studies from University of Rochester, New York and has always believed in community service. He has been volunteering for several organisations and causes.

In 2016, he worked with ‘Leadership for Environment and Development’, New Delhi on their program in rural development in the Gia-Meroo valley, Ladakh. This project was in association with the Founder of SECMOL (Students' Educational and Cultural Movement of Ladakh), Sonam Wangchuk . He also volunteered for the Bill & Melinda Gates Foundation’s e-Charcha on Human Development Index parameters. He was also the Program Coordinator for the Federation for Development Initiatives in UNICEF funded awareness campaigns against child marriage and increasing Infant nutrition awareness.

Chairman & Managing Director, iE3 Innovations (formerly ISS Retail) Leads engineering team and delivery of software. Mayank Shekhar is Chairman & Managing Director of iE3 Innovations, India. With over twenty years of retail experience, Mayank has played a key role in implementation and delivery of software to major retailers such as Target, Dillards and Best Buy. Mayank directed development and support of Taxonomy based Product relationship and Universal Basket solutions for retailers. Upon graduating with Masters in Mechanical Engineering (Control Systems) from IIT Madras, Mayank worked in research and development at a defence aircraft company, where he developed the control laws of a twin spool jet engine with variable area exhaust nozzle. He was a designer in aircraft and missile stability systems and in scoping and analysis of fuel systems for torpedoes. Subsequently, he was part of ISO compliance team, CIM in prototype manufacturing and MRP II.

Swetank Shekhar CEO, CTO & Board Member Leads the vision and strategy of the company. Swetank Shekhar is the Chief Strategy Officer of E3 Retail, LLC, and has served in this position since 2008. In this role, Swetank defines the vision as well as the strategic direction for the company. Under his direction, E3 Retail is proud to be one of the first company to provide pure utility model, “Pay as you go” solution for retail market. He founded Integrated Software Solutions (ISS) in 1993. In 1997, Swetank became the CTO providing technical and product direction to ISS and their retail clients. Under Swetank’s direction, ISS was the first to deploy a Java™/XML/XSLT-based POS with a major retailer. Due primarily to Swetank’s vision for the future of retailing, ISS received the Executive Excellence Award in 1996 and 1999 from a tier-one Retailer and Vendor Award of Excellence in the year 2000. Swetank received his Master’s in Computer Science and Engineering from Indian Institute of Technology Kanpur. He holds a Bachelor's degree in Electrical Engineering from BIT Mesra and was the recipient of the University Gold Medal (Summa Cum Laude). He worked as a consultant in the telecommunication arena before joining Post Software International (PSI) in 1989. At PSI, he was in charge of systems architecture and development. By leveraging his knowledge in Artificial Intelligence, Swetank introduced heuristic-based, self-healing concepts in products to achieve unprecedented reliability and stability.

Babita comes from a background with a high interest in social services and helping those in need. She had the unique opportunity of volunteering and participating in rural development projects at a very young age when she worked along-side her father on several projects aimed at helping villages to become self-sufficient. ‘If you give a man a fish, he eats for a day; If you teach him to fish, he can eat for a lifetime’…this adage became the motto and guiding light for her endeavors towards a more equitable social system, and is the motivation behind the creation of the STEP Foundation. The primary goal of the Step foundation is to revive and revitalize local economies and to bring jobs to the people, instead of moving people to where the jobs appear to be. This creates a secure socioeconomic support system especially in unpredictable situations such as loss of job and health, or economic hardships.

Babita has a PhD in Economics and before joining IIT Roorkee as Professor, she did research in the field of demographics at the Institute of Economic Growth, Delhi. Having been exposed to some of the harsh realities of infant mortality, child malnutrition, and gender bias, these issues have become the driving force behind her endeavors. As a part of their outreach program, Babita was one of the Faculty Advisors for a Students Initiative for Integrated Rural Development conducted by IIT Roorkee, in some villages around the Institute. The initiative was aimed at generating innovative ideas and programs in education, agriculture and irrigation etc. for the village, while at the same time creating a group of motivated individuals in the villages to create a self-sustaining eco-system. As a part of the Intellectual Property Outreach Program, she was also a part of an effort to identify, protect and enable commercialization of innovations made by villagers and artisans at the grass-root level.

Being an educator, she believes in power of education which can bring people together on a common platform and bridge the divides in society to create a better world. “Together we seek to create a just world”. 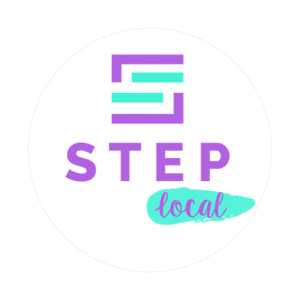 Awareness and Rehabilitation of Persons with disabilities

A PROVEN TECHNOLOGY PLATFORM PROVIDED BY

“Some changes look negative on the surface but you will soon realize that space is being created in your life for something new to emerge” – Eckhart Tolle, a spiritual teacher and best selling author of ‘The Power of Now’ and ‘A New Earth: Awakening to Your Life’s Purpose’.